I recently read the book ’Wilding’ by Isabella Tree which explores what happened to a conventional farm in England when it welcomed nature: nightingales, turtle doves, rare butterflies and wildflowers swiftly took up residence so much so that the farm’s biodiversity exponentially increased within a decade. The farm began to sustain itself.

Most contemporary photography is sterile yet cameras have never been more technically dazzling or more affordable. It is as if photos no longer have the power to move people.

So something is wrong with photography  but why?

We seem to confine ourselves to safe images, safe in that they have been photographed before so often that there is nothing unusual about photographing them.

So we self-censor, restrict our visual vocabulary and become visually illiterate.  Photographic artists, such as Bill Henson and Polixeni Papapetrou, whose role is to devise original imagery and expand our visual vocabulary, are excoriated by a vociferous anti-intellectual coalition whose members include rightwing shock jocks and even a Labour prime minister. We are nation of lonely eyes which craves a sense of community but can community exist if authentic imagery of them cannot be created and thus form a path to guide us?

When I recently became a life saver at Bondi Surf Bathers Life Saving Club, I saw an opportunity to portray the club not an an Anglo-Saxon bastion of male culture but as a lovely example of communitarianism in a spectacular natural setting as that was my experience of the club. I wanted imagery to move beyond 1970’s photos of burly white men in surf-boats crashing through big swells and to focus instead on why its members volunteer so much of their time and potentially risk their own lives, how women have attained equality after only being first admitted in 1980 and how the club nurtures the next generation of lifesavers in its Bondi Nippers program set up in 1967.

The first event that came up was the 78th Stan Mac 20 person relay swim competition between the two Bondi surf clubs so I turned up hoping to create new imagery after I had supplied to the club my Working With Children credentials; that was the prerequisite to photographing an adult relay race.

I failed to create new work. Despite including two women in the team, this was a male domain and my images could have been work from the 1970s.

When I published the work, one image was immediately appropriated by a club member to market a third party business offer. He did not ask my permission.

When I try to create new work, my  thoughts are often unclear. I don’t want to be restrained or tempted by commercial incentives and the simplest way to achieve this is to not monetise my work. I can’t help thinking of the horse racing advertisement screened on the sails of the Sydney Opera House. Prime minister Scott Morrison, supported this, calling the Opera House “the biggest billboard Sydney has”. But what has the advertisement done to how we perceive the Sydney Opera House and has this anti-intellectual position lead artists not to create work?

When I explained to the club member it was inappropriate to use my image for commercial purposes I was criticised.  My response has been to withdraw from photographing anything similar in the future.

Being a newcomer to the club, I will have to self-censor as I don’t know which events will be unpleasant; this self-censorship is somewhat ironic but I don’t need vitriol in my life. But the club will lose imagery. This may not matter as the club has had mundane photography for quite a while and has prospered. But what if it does matter? What would be the consequence of club imagery moving from mundane images of competitive white  males to original images of communitarianism? Would it signal a shift in the club’s core values for the better or do we only need images of the hard men of the surf to fulfil the club’s mission statement ‘No lives lost at Bondi’. The return of nightingales to the English farm has brought joy to people’s lives. These people had existed in the absence of the nightingales but their spiritual lives have now been enriched and they as a community are better off; they have beauty to unite them.

When I completed my Bronze Medallion, the two best swimmers in my class  were female. This suggests that it may be time for the club’s imagery to progress or the club risks losing women who will feel undervalued/invisible and move on. Club members need to support me as a photographer, not by paying me but by agreeing they cannot use my work for commercial purposes. A simple request but one met with resistance. It’s peculiar – my work is valued yet I am not respected as a photographer yet it’s because I am a photographer that my work is valued. This suggests a fundamental misunderstanding about what motivates photographers and probably explains why most images are mediocre. 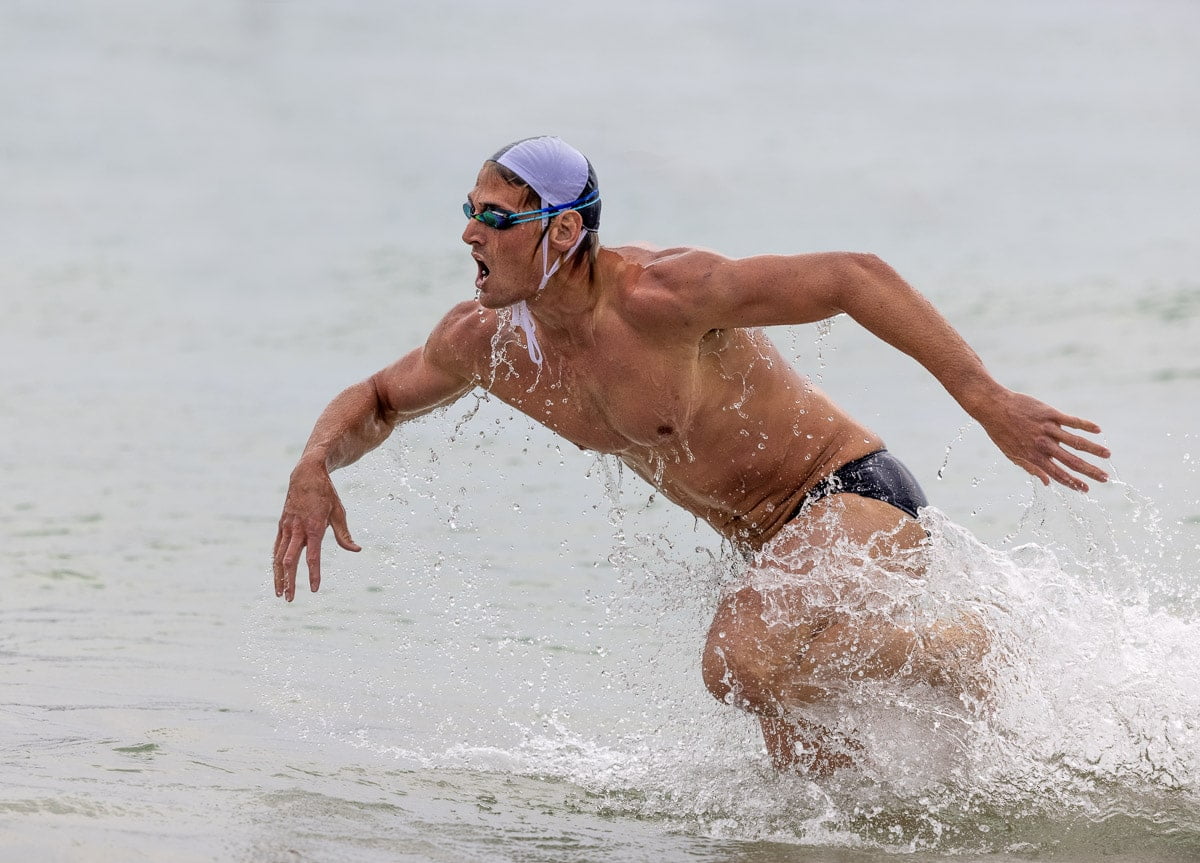